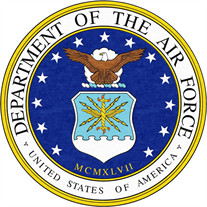 Wayne Henry Grossman Grand Ledge, Michigan It is with great sadness that we announce the passing of Wayne Henry Grossman on February 21, 2018 peacefully at home among loved ones. Wayne was born on December 1, 1932 at home in Plymouth, Indiana to Ruth and Henry Grossman. The family moved to Lansing, MI in 1937 where he attended school and graduated from Sexton High School. While there, he traveled to California, by train, to perform with the marching band in the Rose Bowl parade. He served in both the Korean and Vietnam wars while at various locations including Iceland, England, Libya, Thailand, and various sites within the United States. In Iceland he was a member of the Blue Knights and SAC with the base being responsible for in the air, weapon loaded planes, 7 days a week, 24 hours a day, providing immediate response capability in case the enemy began an attack. While in the service he received recognition for developing an improved explosive plane ejection system for pilots and an anti-jamming improvement for machine guns on Huey helicopters. Even in his later years he remained concerned that ground personnel would be able to de-ice planes, so they could fly in Iceland. He was a firm believer in the use of weapons delivered by plane to minimize the danger to ground troops. While based in Thailand Wayne met Roongtiwa, “Dang”, and fell in love. Wanting to be sure that marriage was the right decision, he returned to the states for about 18 months and decided he had to return for another tour and to bring back his wife! In 1991 Wayne and Dang was involved in an auto accident resulting in her death and his traumatic brain injury and entry into coma. Grace Menzel was the insurance adjuster who became involved and led us to the Coma Stimulation Center in Grand Rapids. Directed by Lynn Brouwers, the center provided encouragement, dedication, and caring for Wayne and our family beyond expectation and were able to bring Wayne out of the coma over a period of months. In October of 1992 we brought Wayne home to Grand Ledge and he began the difficult process of rehabilitation at MSU under the direction of Dr. Michael Andary. Thanks to his continuing direction, compassion, and tolerance to deal with a sometime disagreeable guardian, Dr. Andary assisted Wayne in achieving 25 years filled with life – a greater gift we could not have been given. Wayne has been assisted by home health aides and agency nurses for 25 years. He would not have accomplished all things without their help. Special thanks to Helen Oski (21 years), Heather Shiffman, Seasha Goodin, Jamie Mears, Sara Rivera and Stacey Lee and friend/emergency helper Lacie Latimore – you all helped make his days and nights and became family. Our thanks also go to Drs. Mike Kowalczyk and Tony Marl for their care and to neighbors, Doug and Mary Robinson for their watchful eyes and helping hands. Wayne was predeceased by his wife, Roongtiwa, sister, Betty Demitroff, and his parents. He is survived by: sons Randy and Chi, daughters, Nancy Chapman, Cindy Rich and Betty Rice; many grandchildren; niece, Sue Landon Clements; nephews, Dan and Kendal Demitroff: aunt, Kathryn Mahler; uncle, Keith Stiles; and 7 cousins. Services will be held Saturday, February 24, 2018, 10:30 a.m. at the Holihan-Atkin-Barclay Funeral Home in Grand Ledge with visitation starting at 9:00 a.m. Interment will follow at Chapel Hill Memorial Gardens with military honors. Memorial contributions may be given to Brain Injury Association of Michigan, 7305 Grand River, Suite 100, Brighton, Michigan 48114 https://www.z2systems.com/np/clients/biami/donation.jsp?campaign=1.

Wayne Henry Grossman Grand Ledge, Michigan It is with great sadness that we announce the passing of Wayne Henry Grossman on February 21, 2018 peacefully at home among loved ones. Wayne was born on December 1, 1932 at home in Plymouth, Indiana... View Obituary & Service Information

The family of Wayne H. Grossman created this Life Tributes page to make it easy to share your memories.

Send flowers to the Grossman family.