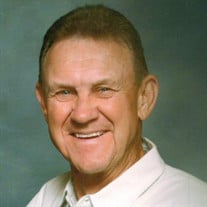 Thomas Victor Lunden of Delta Township passed away on September 12, 2021 after battling cancer this past year. Thomas was born in Lansing, Michigan on May 17, 1937 to the late Harry and Evelyn (Hulliberger) Lunden. Tom graduated from Lansing Sexton High School Class of 1955 where he played varsity basketball and was the Vice President of the Varsity Club and for fun was in the Ping Pong Club. After high school graduation he joined the Marine Corps and served from 1958 to 1960. After his service in the Marines, Thomas met and subsequently married Ellen Ann Clark and went on to attend Michigan State University where he received a Bachelor’s Degree in Education.Tom started his lifelong career in education at Grand Ledge High School, then moved on to Gardner Middle School and finally to Lansing Sexton High School where he taught biology and physical education. He coached men’s golf, women’s volleyball and men’s basketball and football. In 2019, Tom was inducted into the Lansing Sexton Coaching Hall of Fame. After retiring, he enjoyed spending time at the family cottage at Houghton Lake and traveling with his best friend and loving wife, Ellen. Tom was an avid golfer and was a member of the Country Club of Lansing where he and Ellen made many friends. They also enjoyed more than 20 years of wintering in Florida following the sunshine and playing golf with friends. Tom was a loving husband and proud father of daughter, Jennifer and son, Michael. He also enjoyed spending time with his grandchildren. Tom will be greatly missed by his children, his sister Elaine, and many friends and colleagues. He was preceded in death by his wife of more than 60 years, Ellen, and his grandson, Jacob Harter. Tom is survived by his children, Jennifer and Michael Lunden and their spouses, Jay and Teresa, his sister Elaine Smith, and brother-in-law Gary Clark and partner Glen Sard. Tom is also survived by his grandchildren, Jordan Harter and Lynsi and Jordan Montgomery. A private family memorial service will be held and Tom and Ellen will be laid to rest at the Delta Center Cemetery. Memorial contributions in Tom’s name may be given to the Wounded Warrior Project, 4899 Belfort Road, Suite 300, Jacksonville, Florida 32256 (https://support.woundedwarriorproject.org/Default.aspx?tsid=10043) or Sparrow Hospice Services, 1215 E. Michigan Avenue, Lansing, Michigan 48912 (https://secure.qgiv.com/for/spaheasys). Arrangements by the Holihan-Atkin-Barclay Funeral Home, Grand Ledge.

Thomas Victor Lunden of Delta Township passed away on September 12, 2021 after battling cancer this past year. Thomas was born in Lansing, Michigan on May 17, 1937 to the late Harry and Evelyn (Hulliberger) Lunden. Tom graduated from Lansing... View Obituary & Service Information

The family of Thomas Victor Lunden created this Life Tributes page to make it easy to share your memories.

Thomas Victor Lunden of Delta Township passed away on September...

Send flowers to the Lunden family.