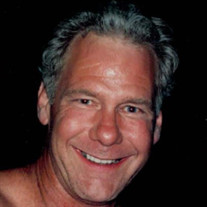 Terry C. Hodges “Sweet Cheeks” July 19 1947 – Sept. 2 2021 Terry or “Sweet Cheeks” was easily the funniest person you’ve ever met and as of September 2, 2021 His laughs & jokes will no longer be heard. As gut wrenching as this is he would want us to continue to Live, Laugh & Love on our own passage through life. COVID took him away from all of us way too soon. He will be missed by all who had the privilege of knowing him. His Day Care Dudes {they know who} will certainly miss the twinkle in his eyes as he dished out Monday humor. Terry was born in Lansing MI July 19 1947 the son of Obie C and Ida {Taylor} Hodges originally from Gleason, TN. Terry worked in Lansing at Lyndell Drop Forge until they closed then started working at the Grand Ledge Aviation Flight Facility for the Michigan National Guard. He was a Huey Crew Chief working together with the Michigan State Police on the Counter Drug program. When the Huey’s were replaced he went on to the 144th Military Police Unit in Owosso, MI. Death took his parents, his sister Robbie Kilpatrick of Lansing and his brother Millard Hodges of TN. And now death has taken Terry. Terry is survived by his wife of 29 years Patricia of Grand Ledge. His niece Heather Kilpatrick of Vermontville MI. Daughter Kim {Mark} Memering of Onstead, MI. Daughter Lori {Dale} Henry of Tecumseh MI. Son Terry Hodges of Britton, MI. Daughter Tammy Baum of Charlotte, MI. Son Matthew Hodges of Traverse City MI. Plus 2 he considered his sons Brian Southworth of Grand Ledge MI. and Mark {Jamie} Southworth of Grand Ledge MI. He is also survived by his friend/sister Karen Harmon of Charlotte, MI. her daughter Nicole, by Sister-in-law Anna Cross of Riverdale MI. Brother-in-law David Summerfield of Grand Ledge, Brother-in-law Robert {Shirley} Summerfield of Lansing MI. He didn’t get to see all of his 16 Grandchildren and 7 Great Grandchildren but he loved each and every one of them. Visitation will be Friday Sept 24th between 5:00 – 8:00 pm at Holihan-Atkin-Barclay Funeral Home in Grand Ledge with a military honors ceremony at 6:30 pm. A Celebration of his life will be held at the American Legion Post 48 in Grand Ledge, Saturday Sept. 25th starting at 5:00 pm. Memorial contributions in Terry’s name may be given to the American Legion Cole-Briggs Post 48, 731 N. Clinton Street, Grand Ledge, Michigan 48837.

The family of Terry C. Hodges created this Life Tributes page to make it easy to share your memories.

Send flowers to the Hodges family.