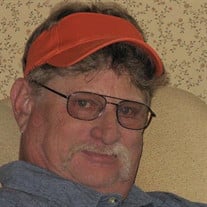 Scott William Horrocks of Grand Ledge passed away peacefully January 18, 2020. Scott was born February 1, 1950 in Ionia, Michigan to Jerald and Patricia (Reimer) Horrocks. Scott graduated from Grand Ledge High Scholl Class of 1969 and attended the Robert J. Flaherty School of Cinema and Mark Hopkins College for 1 year each. He went on to work as a Brick Mason who was sought after for the professionalism and detail in his work. As a young man, Scott was a talented athlete who could play any position in baseball and was almost always brought in as a closer. Scott enjoyed to fish and loved to golf. He was a Golf Pro at Centennial Acres Golf Course. Scott was a great story teller and always brought an element of humor in a way only he could do. He is survived by his children, Brandon (Alison) and Abby (Joseph) Kenney; grandchildren, Jack, Jane, Emily, Easton and Everett; brothers, Kim (Ana) and Kirk (Kay) Horrocks; niece, Autumn (Ryan) Horrocks-Trierweiler and nephew, Adam (Mallory) Horrocks. He was preceded in death by his dad, Jerald. A memorial gathering will be held Saturday, January 25, 2020, 2-4:00 p.m. at Bridge and Main, 219 Bridge Street, Grand Ledge, Michigan 48837. In lieu of flowers, memorial contributions in Scott’s memory may be given to Lansing Central AA, 1915 E. Michigan Avenue, Suite D, Lansing, Michigan 48912. Arrangements by the Holihan-Atkin-Barclay Funeral Home, Grand Ledge.

The family of Scott William Horrocks created this Life Tributes page to make it easy to share your memories.

Send flowers to the Horrocks family.