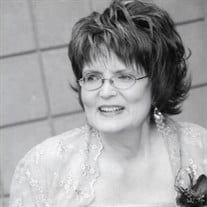 Patricia “Patty” Jean McKenna, age 69, loving mother of five, passed away in the early hours of April 18, 2022 after a rapid battle with Myasthenia Gravis. Patty was born in Iron River, Michigan on August 23, 1952. She was a graduate of the class of 1970 from West Iron County High School. She moved to the lower peninsula of Michigan to attend Michigan State University. She graduated in 1974 with a math degree in secondary education and a minor in music. Patty was mother to: Joel, Kevin, Marc, Elise, and Jonathan. If you were to ask her she would say her greatest calling in life was to be a mother. When her children had all reached elementary age she began working outside of the home. She worked at several different schools and community colleges teaching math, including Davenport College and Lansing Community College. She loved helping people understand math, especially those that had a harder time grasping the concepts. She began working for Lutheran Social Services in 2001 for 7 years and had been working for Lutheran Adoption Services, now under Samaritas management for the past 14 years. Patty was a loyal, faithful, supportive member of Mount Hope Church for over 30 years. Apart from weekly services she would love attending seminars, classes, life groups and special events the church held. Over the years she was a part of many different ministries including the healing team and accounting team. She was especially excited about the new focus of the church where the older generation of members was going to be imparting to the younger generation of members; little did she know she had already been doing this ministry in her own life for over 40 years. Patty is survived by her 5 children: Joel, Kevin, Marc, Elise (Daniel), Jonathan, grandchildren Onalee and Oscar, sister Donna (Don), and many nieces and nephews. She was preceded in death by her father Walter, mother Lillian, sister Sally, brother Ralph, nephew Darin, and great nephew Trevor. Patty will be missed immensely by all those who knew her heart. As stated by a friend of hers, she was a truly brilliant and godly woman. We will celebrate the life of Patty on Monday April 25th at Mount Hope Church in Lansing, Michigan 48917. Visitation will be 11am-12pm. Service will begin at noon with lunch to follow. In lieu of flowers donations may be made to Mount Hope Church, 2020 S. Creyts Road, Lansing, Michigan 48917 (https://mhc.churchcenter.com/giving/), in her honor. Arrangements by the Holihan-Atkin-Barclay Funeral Home, Grand Ledge. Share your memories and condolences online at www.holihanatkin.com

The family of Patricia Jean McKenna created this Life Tributes page to make it easy to share your memories.

Send flowers to the McKenna family.