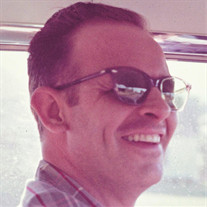 Jack Arthur Thomann 92, passed away Wednesday, July 26th, 2017 in Grand Ledge, MI. He was preceded in death by his wife, Dona Thomann, parents, Joseph and Hedwig Thomann; brothers Robert and Lee Thomann. Jack is survived by his sister Carol Minerva, his daughter, Janet Dayrell and husband, Mark; his sons, Robert Thomann and wife, Maureen and Todd Thomann and wife, Valerie; grandchildren, Tim, Peter and Erik Dayrell; Lauren, Andrea, Jake and Kara Thomann; great grandchildren, Stella, Lana, Julien and August and a host of other family and friends. Jack was born January 8, 1925 in Belleville, Illinois, where he spent his childhood in the greater Chicago area. He entered the Navy in 1942, where he served as a Submariner, until the end of WWII, celebrating VJ day on the dock at Pearl Harbor. September 30, 1946 Jack married his true love, Dona Joslyn, they moved to Michigan, and raised a daughter and two sons, and spent seventy wonderful years together. Retired from Fisher Body at age 61, he never slowed down. He was an accomplished woodworker, gunsmith, gardener, and model maker. An avid outdoorsman, Jack always looked forward to the next hunting season and the special times that went with it. He also possessed a colorful vocabulary and wit that would bring a smile to friends, family and everyone he met. He will be greatly missed. A private family memorial will be held. Memorial contributions may be made to the Capital Area Humane Society, 7095 W. Grand River Ave., Lansing, MI 48906. Arrangements by the Holihan-Atkin-Barclay Funeral Home, Grand Ledge.

The family of Jack A. Thomann created this Life Tributes page to make it easy to share your memories.

Send flowers to the Thomann family.