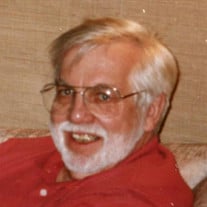 Harold W. Schmidt Okemos In Memory of Harold W. Schmidt, age 88 a father, grandfather, friend and mentor passed away May 24, 2016. Dedicated to Creativity The energy generated throughout Harold Schmidt’s life was dedicated to finding creative solutions! As a youngster growing up during the Great Depression, scarce resources spurred him into action. At the age of six he used his little red wagon to help elderly customers from a local Jewish delicatessen in Hoboken, NJ. His resourcefulness landed him his first job there by the age of thirteen slicing paper-thin lox (cured salmon) and deftly cutting tubs of butter to the exact measurement. As a teenager he graduated from high school at age 16, joined the military during the second World War at age 17, then returned to a job at Western Electric and found himself elected as their Union president at age 19! His ability to bring people together in creative ways carried him on a wave from New Jersey to San Fransisco to Milwaukee and finally Lansing with interim tasks to organize hospitals in Chicago and solve problems at Sing Sing Prison in NY. Harold truly enjoyed every aspect of labor relations from writing constitutions, to organizing for workers rights, to negotiating contracts, to helping individuals solve personal concerns within the workplace. He was known for listening and for coming to solutions that were fair for both labor and management. Being appointed in the early 1970's as President of the Michigan's AFSCME (state employees union) affiliated with the international AFL-CIO is what brought him from Milwaukee, WI to Lansing. Ultimately his creative efforts helped to successfully organize university employees right here at MSU in 1974. Since then it became typical for most university employees across the United States to be paid a fair wage and have representation. Eventually he even taught Labor Relations at MSU for 5 years. By the time he retired at age 65 he had already become fascinated by pottery. Right from his first connection to clay here at Okemos High School in his late 50s he wanted to build large pieces. Hand building primitive style three foot tall vases seemed natural to him! It truly helped that he moved to his home on Dobie Rd that was owned by MSU art professor, Louis Raynor, and that it came with a pottery studio. Seeking out wheel throwing classes from Kalamazoo to North Carolina, Texas, and Vancouver Island in Canada, brought him into contact with facets of clay that intrigued him for the past 30 years. Harold’s desire had been to allow his inner creativity to express itself spontaneously with every piece. Could he throw a perfectly round cup, bowl, teapot, casserole dish? Yes! But his joy said why stop there, why not allow your personality to experiment with shape, form and color? What a wonderful medium for problem solving! After putting in hour after hour of craftmanship into a vase, first wedging so no air bubbles, centering, drying slowly, trimming, firing, glazing and refiring, so much to consider, so much skill that developed piece by piece so that even at age 87, Harold was still actively showing his pottery art. His travels to Italy, Russia and China influenced his designs as did blown glass which led to vases thrown upside down with fanciful fluted edges. To see Harold's pottery, is a chance to marvel and to feel the warmth of Harold’s hands and the breath of his mind and the wonder of his creativity. One of the most important aspects of Harold's life was his relationships with his family. He was married twice. His first wife, Jeannette passed away at the age 56. He is survived by his two daughters, Janine Poehlman and Gabrielle Velez, and their children and grandchildren. Harold and his second wife Dolly enjoyed hosting all of their respective children, grandchildren and great grandchildren in their pool at their Okemos home and taking them to Art and Folk Festivals as well as many other cultural events. Harold and Dolly shared their love of art and travel especially to Europe and Asia as well as the Carribean and across the US. They both enjoyed a kinship of spirit as Democrats and were both involved with the civil rights movements from the late 1960's. Both will be remembered for their activism, keen intellects and sense of humor. Family, friends and neighbors are invited to a Memorial Celebration of Harold’s life at his home at 4086 Dobie Road, Okemos, Thursday June 30th at 6pm. In lieu of flowers, bring a story to share or your own way of honoring Harold's life with a poem, music, song, art or presence. Potluck will add to the occasion. For more information and so we know how many to plan for please call his daughter, Janine Poehlman at 763-222-4650. Arrangements by the Holihan-Atkin-Barclay Funeral Home, Grand Ledge. Share your memories and condolences online at www.holihanatkin.com

The family of Harold William Schmidt created this Life Tributes page to make it easy to share your memories.