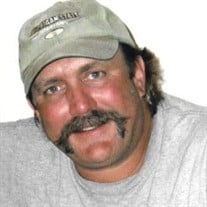 David Paul Glasser of Grand Ledge passed away unexpectedly on December 15, 2017. Dave was born January 20, 1956 in Gaylord, Michigan to the late Norman A. and Sarah E. (Schreur) Glasser. He graduated from Gaylord High School Class of 1974 and went on to receive a Bachelor’s Degree from Michigan State University. He married the love of his life, Kimberly A. (Dible) in a beautiful outdoor summer wedding on August 17, 1985. They were blessed with two sons, Paul and Daniel, who allowed them to slow down and take time to appreciate the best things in life. Dave was a great supporter of the G.L. community and will be missed by his hundreds of customers and friends. Dave and Kim worked as a team for over 32 years operating Dible-Glasser Landscaping. Dave worked tirelessly to make sure the work was done right and even when not on a job site, there was always work to be done at the nursery. Dave knew the Company could not succeed without the support of Dible-Glasser’s loyal team of employees. Whether they continued to work with Dave and Kim or not, they were still part of the “family”. He enjoyed playing cards, MSU sports, each of his Golden Retrievers, cross-country skiing, and Michigan history. Dave is survived by his wife of over 32 years, Kim; sons Paul (Dana) and Daniel; siblings Norman (Sally), Jean (Joel) (Yudin), and Steven (Lynne); mother-in-law Connie J. Dible, as well as several nieces and nephews. He was preceded in death by his sister, Susan Glasser, and father-in-law Richard (“Dick”) Dible. A Celebration of Dave’s life will be on Friday, December 22nd at the Grand Ledge First Congregational United Church of Christ at 2 P.M., with a gathering for friends and family from 1 – 2 P.M. A visitation will be held Thursday, December 21st, from 4 – 8 P.M. at the Holihan-Atkin-Barclay Funeral Home, Grand Ledge. Memorial contributions may be given to the Capital Area Humane Society, 7095 W. Grand River Avenue, Lansing, Michigan 48906 or the Grand Ledge First Congregational United Church of Christ, 210 W. Saginaw Highway, Grand Ledge, Michigan 48837.

David Paul Glasser of Grand Ledge passed away unexpectedly on December 15, 2017. Dave was born January 20, 1956 in Gaylord, Michigan to the late Norman A. and Sarah E. (Schreur) Glasser. He graduated from Gaylord High School Class of 1974 and... View Obituary & Service Information

The family of David Paul Glasser created this Life Tributes page to make it easy to share your memories.

David Paul Glasser of Grand Ledge passed away unexpectedly on...

Send flowers to the Glasser family.