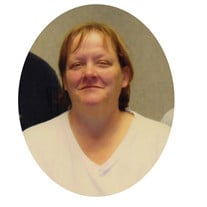 Darlene Sue Kerr of Delta Township a loving mother, grandma, sister and friend passed away May 28, 2019. Darlene was born in Grand Ledge on October 9, 1950 to the late Elmer and Mary (Adams) Misener. Darlene graduated from Grand Ledge High School Class of 1969 retired from UPS at the Capital Region Airport in Lansing. She will be remembered by her family and friends for her great sense of humor, quick wit and someone who easily made friends. She cherished and always looked forward to spending time with her great grandson, Noah. She is survived by her children, Terissa Kerr, Robert (Wendi) Kerr, Barbara Kerr and Carie (Tony) McClellan; grandchildren, Chelsea, Jarrid, Michael, Gabriel, Jayden, Logan, Jordan and Patrick; great grandson, Noah; siblings, Terry (Donna) Misener, Edward (Denise) Misener, Ruth Ann Wells, Katherine Vannortrick and Marlene Lewis along with numerous nieces and nephews. Darlene was preceded in death by husband, Robert J.; sister, Dorothy Garrett and brother, Elmer Misener. A Celebration of Darlene’s life will be held at a later time. Arrangements by the Holihan-Atkin-Barclay Funeral Home, Grand Ledge. Memorial contributions may be given to the family to be used according to their wishes.

The family of Darlene Sue Kerr created this Life Tributes page to make it easy to share your memories.

Send flowers to the Kerr family.